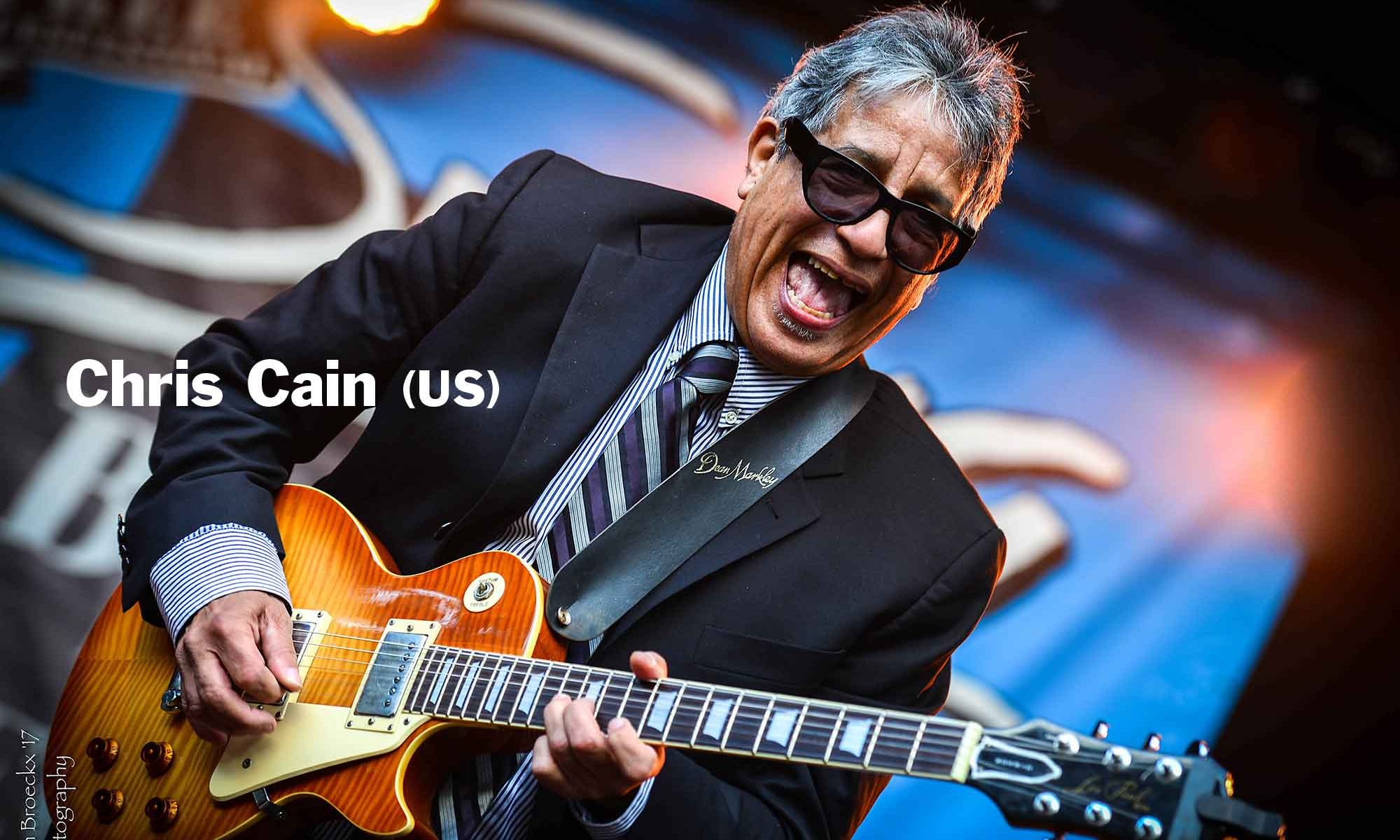 Blues aficionados – get ready for it!

Bluesman Chris Cain is coming to Oz in May for a string of must-see shows!
Chris concocts a soulful stew of Memphis-style electric blues accompanied by powerfully deep vocals and jazz inspired blues guitar riffs that are uniquely his own, a fine brew that pays homage to his heroes, sometimes reminiscent of the legendary BB King and Albert King, but always with his own inimitable seasoning.

A formidable talent and multi-instrumentalist, his expressive style is the result of a lifetime of study and the relentless pursuit of music mastery. His passion and intensity are a blend of his mother’s Greek ancestry and his father’s soulful black heritage.

Chris said, “I’m really looking forward to coming back to Australia. I’ve had some of my most wonderful times there and this tour is going to be a lot of fun.”

As a child Chris attended concerts with his father and heard many of the great blues artists of the time. It must have sunk in, because when he burst onto the blues scene in 1987 with his award-winning debut album, he soon found himself sharing the stage and trading licks with a few of those legends, including Albert King and Albert Collins.

Chris has released a dozen albums, each filled with soul-stirring songs pulled from his own blues-drenched heart. His latest album, simply titled “Chris Cain” has been nominated for Contemporary Blues Album of 2018 and he’s also nominated as Male Blues Artist of The Year at this year’s Blues Music Awards in Memphis.

“One of my favorite, and criminally underrated blues players of all time. Chris has in uenced me for as long as I owned a guitar. Tone, and magic phrasing. Killer voice and songs to boot.” – JOE BONAMASSA

“When I interviewed B.B. King back in ’05 I asked him if he had heard the album Cain does King and BB paused, got a huge ear-to-ear grin and said ‘Chris Cain? Now that boy can PLAY the guitar.’ He loved Chris!”
– MARK FREDELL, The Big Blue Train Radio

This is a Roadsong/Laing Entertainment Tour.