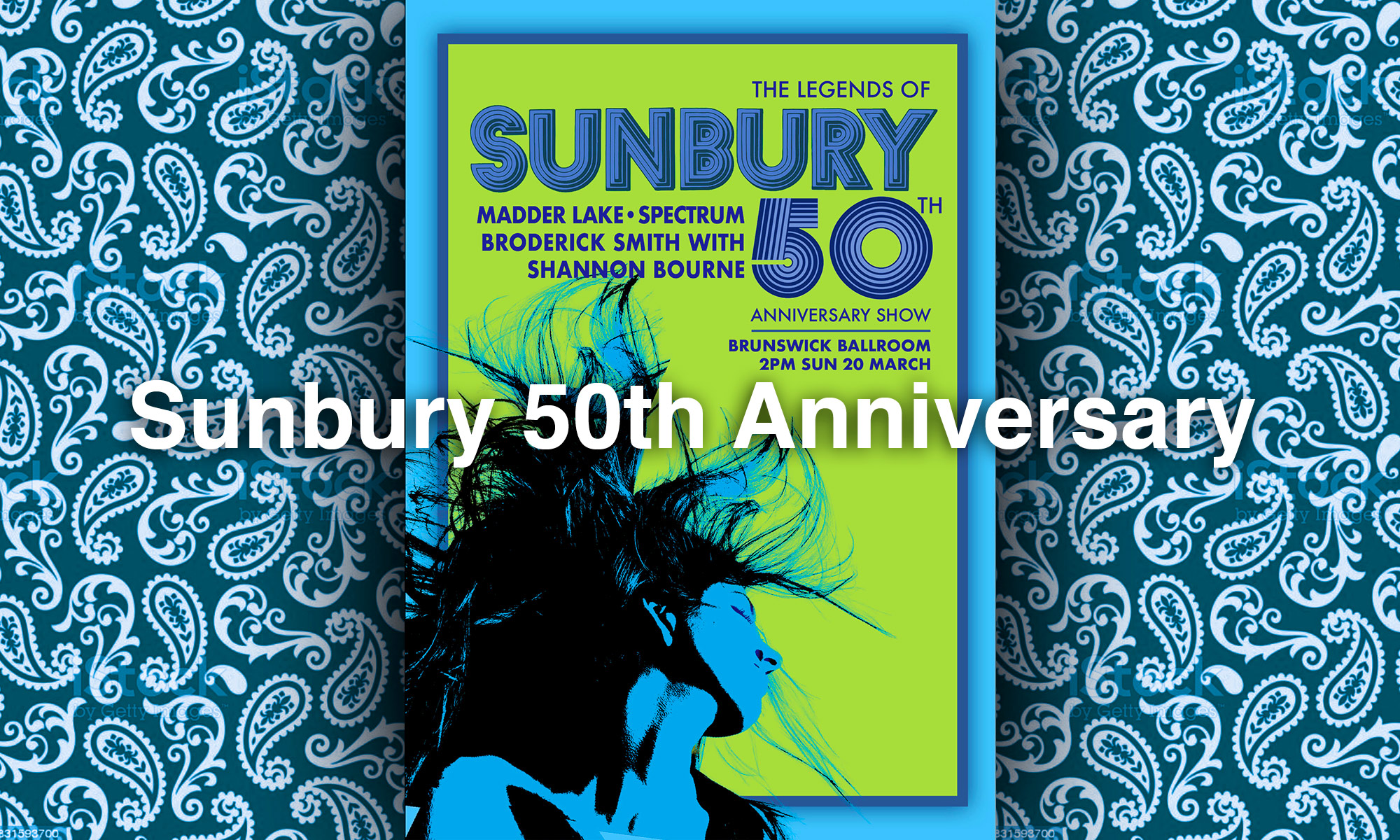 Featuring the cream of Australian artists Sunbury was touted as “The Rock Happening of 1972”. Close to thirty acts played.

Madder Lake opened the festival to a rapturous response. They went on to support the Rolling Stones on their Australian Tour later that year and were the first act to be signed to Mushroom Records and delivering the company their first Gold Record with the brilliant album StillPoint. This album spawned the singles ‘12lb. Toothbrush’ and ‘Goodbye Lollipop’.

Next up  were Spectrum who were Australia’s most popular progressive rock act, the catalyst for the genius of Mike Rudd. Their number one national hit ‘I’ll Be Gone’ released a year earlier had already become an anthem with the Australian public. ‘I’ll Be Gone’ has been covered by many artists from Manfred Mann’s Earth Band to local act Lost Ragas. Later in his career Mike with new band was privy to record at the famous Abbey Road Studios in England.

Joining the lineup from Sunbury 72 is Broderick Smith, an institutional name in Australian music. From his early days with the Adderly Smith Blues Band, to Carson who were on the Sunbury 72 bill, to the Dingoes and solo career, Broderick never fails to captivate audiences with his superb vocals, harmonica playing and interaction with the crowd.

Producer of the concerts Steve Georgiou said, “I have undertaken the needed position of recognising the 50th Anniversary of The Inaugural Sunbury Pop Festival 1972. This was a milestone both musically and historically for the generation of the time in many ways. In the era of Peace and Love & Protest, it was our response to Woodstock. The very first Sunbury has many memories for those of us that lived the experience, with 30 of Australia’s finest acts.  My role in this industry is to not let our Heritage Acts be forgotten and to celebrate and honour them, the likes of Spectrum – Madder Lake – Blackfeather – Chain. These are but a few of the great musicians that are still performing and producing to the highest standard, contributing to Melbourne’s world famous pub scene which they created fifty years ago!”

So come, 50 years later and re-live this great moment in music history and celebrate the nostalgia and great music with these bands that remain today and who were part of the golden era of Australian rock music.